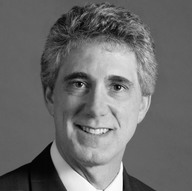 Clean energy companies are changing the world.   Michael has spent his career helping them do it faster and better.   Through his company, Tipping Point Renewable Strategies, Michael has helped dozens of wind, solar, biofuel, and other clean energy companies breakthrough barriers to their growth.  He was CEO and co-founder of FLS Energy, a $100 million solar energy developer which was ranked by INC Magazine as the 46th fastest growing company in the nation in 2011. He was also CEO of BarberWind Turbines, a groundbreaking wind technology company.  He served on the US Department of Energy’s Efficiency Leadership Group and was a founding board member of NC GreenPower.  He holds two Masters degrees, one in Environmental Policy from the University of North Carolina at Chapel Hill and the second in Environmental Engineering from North Carolina State University.